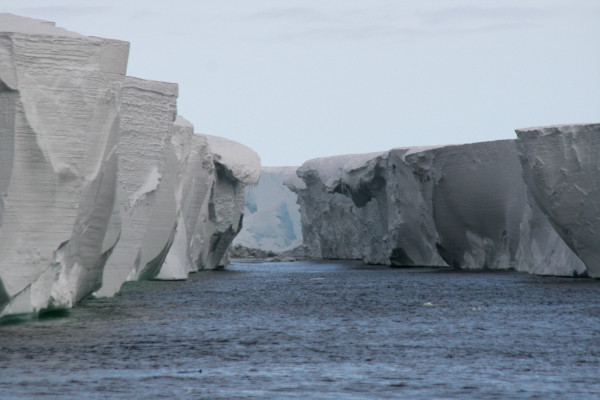 The Ross Sea Ice Shelf is one of the most impressive natural attractions in Antarctica. It is the world’s largest floating body of ice, covering approximately 487,000 square kilometres, roughly the size of Spain.

The awe-inspiring ice shelf has a 600-kilometre wall of ice open to the sea, which sits between 15-50 metres high. Only ten percent of the ice shelf is visible, with majority hidden in several hundred metres of ice below the surface.

As one of the most isolated areas in the world, the Ross Sea Ice Shelf is a spectacular attraction and a once-in-a-lifetime experience!

Halting many Antarctic expeditions throughout the years, it has become a favourite among the more adventurous travellers.

The ice shelf is rich in human exploration. It was first discovered on an expedition by James Clark Ross (a British polar explorer) in 1841.

The ice shelf was originally called ‘The Barrier’ and the ‘Great Ice Barrier’, as it was a formidable obstacle on James Ross’ expedition to determine the position of the South Pole. The name was officially changed in 1953 to ‘Ross Ice Shelf’.

Numerous expeditions since have used the Ross Ice Shelf as a starting point.

In 1901- 1904 the Discovery Expedition, led by Robert Falcon Scott, had a significant breakthrough on the ice shelf and its surroundings.

By measuring the buoyancy of carved icebergs in the region, he could conclude that the ice sheet was over 900 feet thick and the entire shelf was floating on water.

Measurements conducted over a 13-month period in 1902- 1903 showed the ice shelf had advanced over 555 metres north.

However, the most notable explorer is Roald Amundsen. On December 14th, 1911, Amundsen gained access to the eastern side of the ice shelf at the Bay of Whales and ventured to the South Pole, becoming the first explorer to do so. 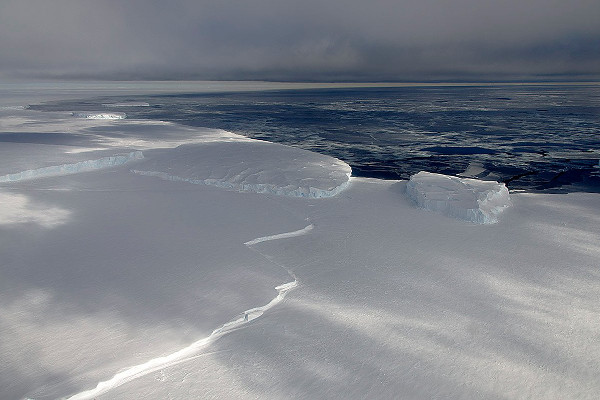 Visiting the Ross Ice Shelf will take you on an incredible adventure of human exploration combined with natural beauty.

Unpredictable weather and ice are a major concern at all times of the year, which means only seasoned vessels suited to the harsh conditions can make the journey.

The ships listed below are trusted explorers of the region and are well equipped to transport and accommodate you into the remote areas of the Ross Sea.

Ortelius Ortelius is an ice- strengthened,well-equipped vessel perfect for exploration into isolated areas.

The ship holds over 100 passengers and features several open-deck spaces with a large bridge, accessible by all passengers. Accommodation is comfortable, with two restaurants, a bar, lecture theatre and a sauna.

The vessel is fully ice-strengthened and caters for approximately fifty passengers in simple but comfortable cabins. It features plenty of deck space, an open bridge policy, bar, library and dining rooms.

This vessel is a highly popular choice for travellers so make sure you book early!

Accommodating approximately 50 passengers, the ship has recently undergone a full refurbishment with a lecture room, lounge, bar, sauna and library.

Accommodation is a mixture of double and twin cabins with private facilities.

Follow in the footsteps of famous explorers and be inspired by the gigantic wall of ice that has put a stop to so many expeditions!

Only a handful of voyages visit this remote region each year, so be sure to book well in advance.

If you have any further questions about visit the Ross Sea Ice Shelf then please leave a comment below.

Thank you and happy cruising!

Christmas in Antarctica: 5 Reasons To Go