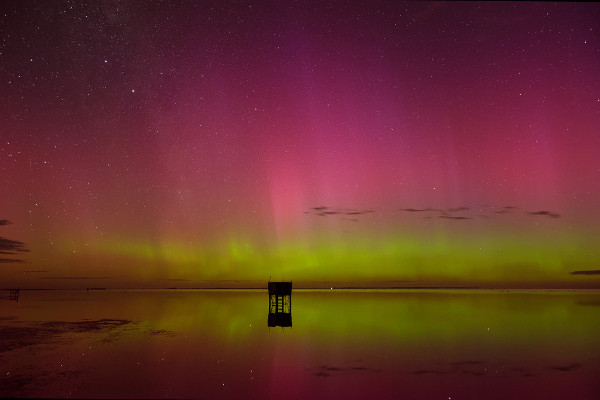 The Southern Lights, commonly known as the Aurora Australis, is one of the world’s greatest wonders.

Travellers come from across the globe to witness the spectacular natural light display in the high-altitude Antarctic region.

However, the Southern Lights are just as, if not more, impressive.

Boasting a breathtaking colour palette that goes beyond the green and blues commonly seen at the Northern Lights, to include pinks, purples, oranges and golds.

Those lucky enough to witness the spectacle are guaranteed an awe-inspiring experience they will never forget.

The Science Behind an Aurora

The Aurora Australis phenomenon occurs when charged particles from solar winds bombard the Earth’s atmosphere and interact with gases in our planet.

These highly energised particles are emitted from the sun and smash into the Earth’s magnetic field at more than 6 million kilometres per hour.

For the most part, Earth is protected from solar winds by the magnetosphere. The magnetosphere is a region of space that surrounds the Earth's magnetic field and has a primary purpose of preventing cosmic rays, such as solar winds from entering Earth’s atmosphere.

However, occasionally, at particular times of the year, a few charged particles from solar winds make their way through the magnetosphere into our atmosphere.

The charged particles move along the Earth's magnetic field lines towards the south and north pole. When they reach the each pole, they collide with atoms in the atmosphere, particularly nitrogen and oxygen, and become increasingly charged.

Once the electrons settle back down to their normal level of excitement they glow, creating the magnificent light display, we know as an Aurora.

The resulting colours are dependent on which atom the charged particles strike and the altitude at which the collision occurs.

Although many colours can be seen, the green, blue and violet hues tend to dominate, with red more often seen when the lights occur at higher altitudes.

The Best Location to see the Southern Lights

The best place to see the Aurora Australis is South Georgia Island. The island is one of the most southerly landmasses in the world and is encased in ice for much of the year.

Although the environment is far too harsh for permanent human residents, many cruise ships choose to stop here during the summer months.

When the weather warms up around 2,000 people populate the island, and basic facilities are made available.

When the solar cycle is at its optimum, Aurora Australis can be seen from anywhere in the extreme southern hemisphere, including from the deck of your cruise ship.

There have also been sightings as far north as New Zealand (the South Island), southern Australia (Tasmania) and southern Argentina (the Falkland Islands).

However, given Antarctica is as far south as you can go, nothing beats the continent itself. From here, the lights are at their most vibrant, most visible and most impressive.

When to see the Southern Lights

For the best chance of seeing the lights, you need to travel as close to the Antarctic winter as possible, with peak conditions occurring between March and September.

However, the depths of the Antarctic winter are certainly not hospitable to any traveller, with average temperatures plummeting to negative 50 degrees Celsius, harrowing winds and dangerously icy conditions.

In fact, travel during this time is discouraged and practically impossible, unless you are on a research expedition. Luckily, there are excellent opportunities to witness the lights well into March, with year-round sightings often reported.

How to Make the Most of the Southern Lights

The deck on your cruise ship will be the optimum viewing platform to see the Southern Lights. Once they appear, they can continue for some time so make sure you are comfortable and warm.

Photographers will need a sturdy tripod and a camera with manual mode functionality at a minimum. A long exposure setting can bring the image to life by taking in as much light into the lens as possible. 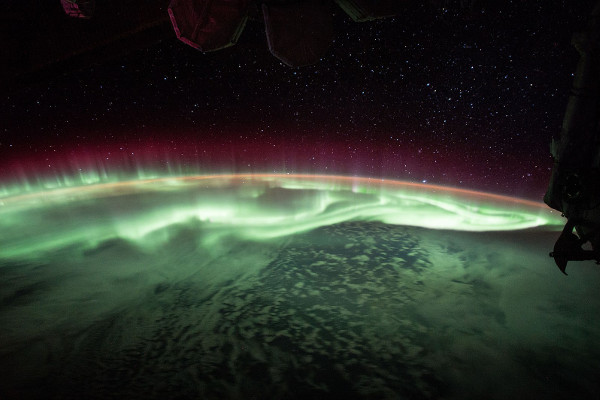 If witnessing the extraordinary lights of Aurora Australis is on your bucket list, make sure you plan to visit as close to winter for the best chance to see the breathtaking light show! To enquire, please use this form.

If you have any further questions about the the Southern Lights - Aurora Australis, then please leave a comment below.

Thank you and happy travels!