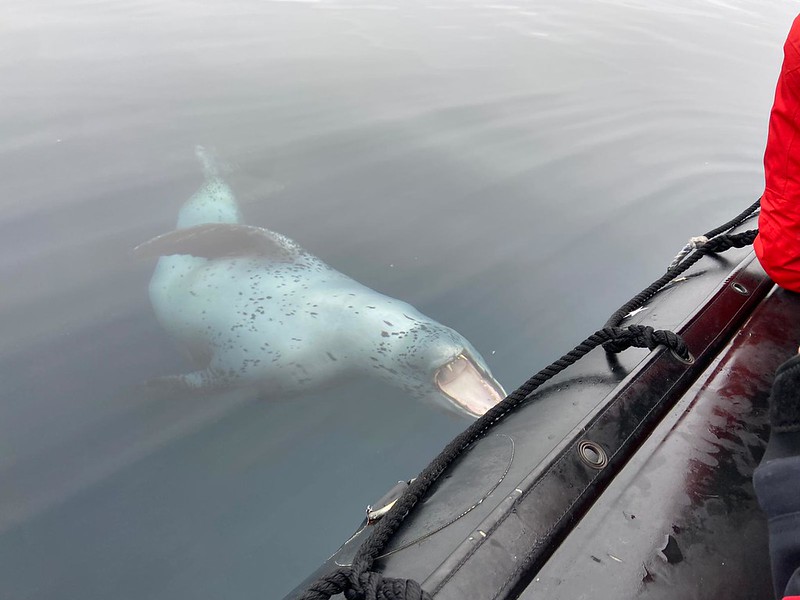 The spectacular wildlife of the White Continent is one of the main draw cards for people visiting. But what wildlife are you most likely to see in Antarctica?

For such a vast and empty continent, the wildlife in Antarctica is surprisingly abundant. Most travellers to Antarctica will experience penguins, whales, seals, and seabirds. Like the Galapagos, the wildlife of the White continent is relatively unafraid of humans and you are more than likely to see many species at close range.

Because Antarctica is becoming more and more popular, there are now a multitude of itineraries that see and do different things. This means that the wildlife you witness will often be dictated by the itinerary.

The vast majority of cruises will sail to the peninsula section of Antarctica, but there is the option to sail further afield to places such as South Georgia or the Weddell Sea. The more time you spend in the region, the more wildlife you are likely to see.

There are multiple species of whales, birds and seals to see in Antarctica, but some are far more elusive than others. Below we discuss the most likely wildlife encounters you will experience in Antarctica.

Will I see whales? 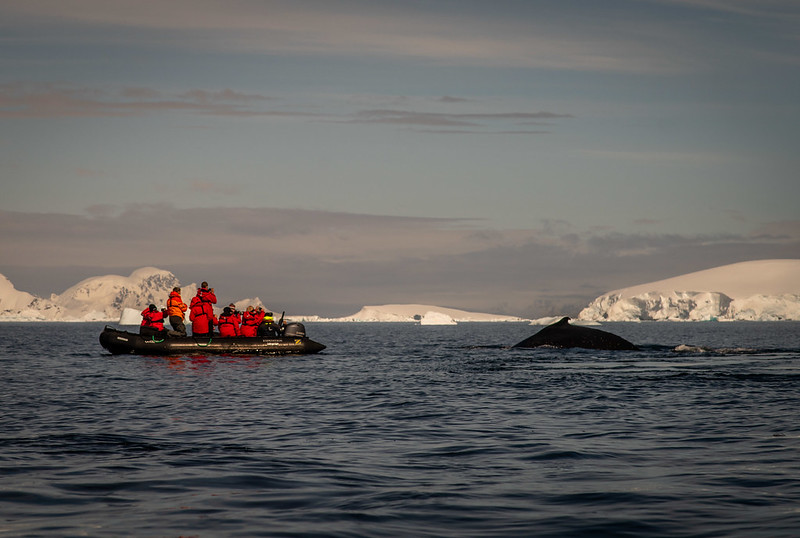 The simple answer to this question is yes, you will see whales in Antarctica. However, the species of whale is by no means guaranteed.

Of these 7 species, humpback whales, killer whales and minke whales are the most commonly seen. Later in the season is always a better time to spot whales, but even in the early season you would be unlucky to not spot a humpback whale.

Minke whales are curious creatures and will often approach boats, but they are not as commonly seen as humpbacks. Killer whales or ‘Orca’ travel in large pods and 75% of the world's population are found in Antarctic waters. Even so, they are probably seen on 50% of trips.

Blue whales are the least common and you would be extremely lucky to see one. It is certainly not unheard of though as large numbers travel to Antarctica, especially around February/March period.

Sei whales and fin whales are unpredictable and you should not expect to see them. A good rule of thumb for an Antarctic voyage is to expect to see humpback whales, and anything else on top is a bonus.

What penguins will I see? 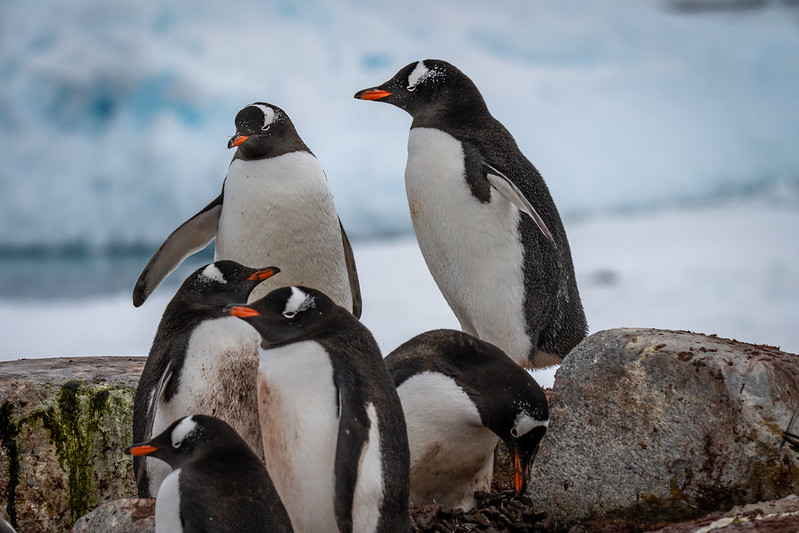 Antarctica is famous for its penguin species. Not only are penguins exceptionally cute to look at, but they have almost no fear of humans and will often waddle right past your feet.

The 8 species of penguins that can be found in the Antarctic and sub-Antarctic region are: Adelie, king, emperor, rockhopper, magellanic, macaroni, chinstrap, and gentoo. Of these 8 species, only the Adelie and the emperor penguins reside in Antarctica all year-round.

During a cruise to the Antarctic Peninsula you are essentially guaranteed to see hundreds of gentoo and chinstrap penguins at multiple landing sites. Adelie penguins are also a common site, but are generally seen in less numbers.

Emperor penguins are arguably the most impressive of all penguin species worldwide, but sadly are very difficult to see. Standard cruises to the Antarctic Peninsula or South Georgia will not see any emperor penguin colonies. For more information on where to see emperor penguins, read this article.

Will I see seals? 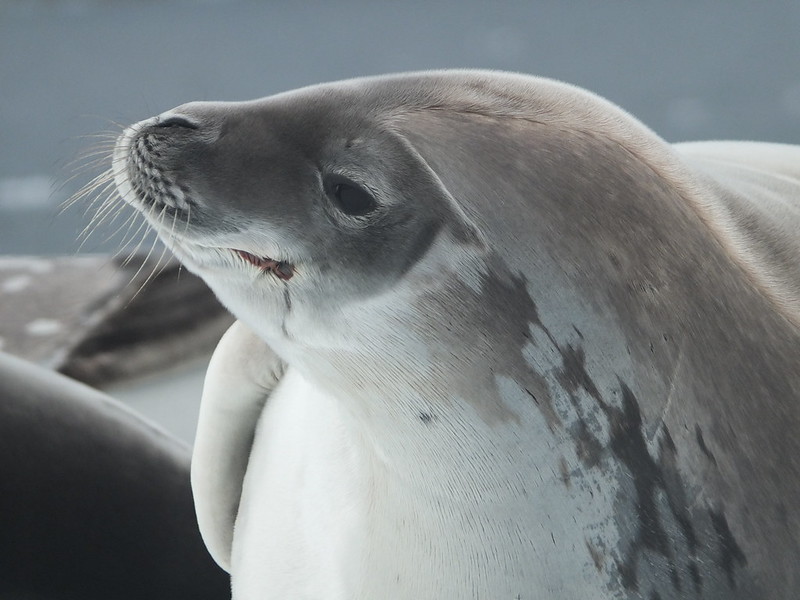 Seals are beautiful creatures to watch, especially in the water. Their graceful bodies move with an almost liquid effect. On land seals are not so graceful, but they are still amazing creatures to see in their icy environment.

There are six species of seal that inhabit Antarctica: Crabeater, Weddell, leopard, fur, Ross, and elephant seals. Of these six species, crabeater seals are the most commonly seen during Antarctic cruises. These large silvery seals are often spotted basking on floating sea ice.

Weddell seals and fur seals are also commonly seen, but there is no guarantee of a sighting. Leopard seals can often be seen hunting around the peninsula and are easily identifiable by its long, slender body and beautiful markings.

Of all the Antarctic seal species, the southern elephant seal is by far the largest. Males can weigh up to 5 tonnes and witnessing the beachmaster seals fighting for control of the females is an unforgettable sight. To see this though, you will need to sail to South Georgia very early in the summer season.

What seabirds will I see? 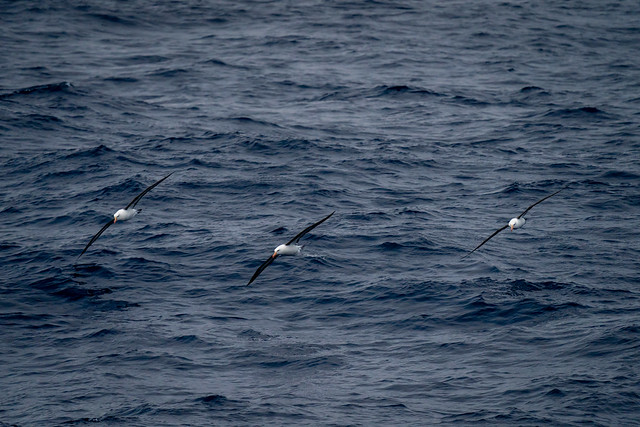 On your Antarctic voyage you will no doubt see thousands of seabirds. 35 species of bird are found in this region and you are more than likely to see quite a few of them.

Skuas are a common sight down along the peninsula, as are snowy sheathbills which often land on expedition ships.

For most people visiting Antarctica, the seabird they most want to witness are the albatross. If you are sailing the Drake Passage then you will see plenty of black-browed albatross as they tend to come close to the ship and glide across the water, often skimming the surface with the points of their wings.

The wandering albatross is less commonly seen, but there is still a 50% chance you will see one on your voyage. If you want to guarantee yourself a sighting then make sure to include South Georgia on your itinerary.