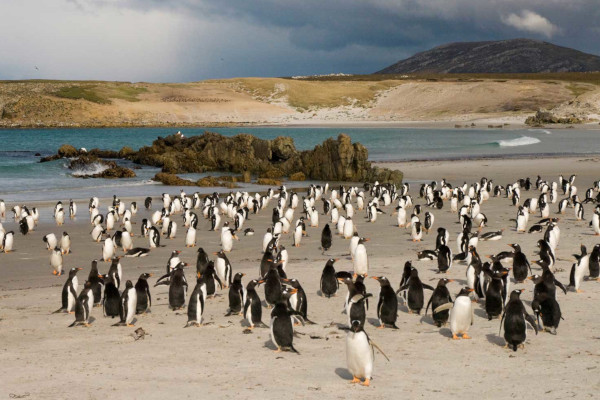 How Much Would You Pay For Four-Miles of beach, and Thousands Of Penguins?

The Island that no estate agent can value

Although islands come up for sale far more regularly than people think, very few come to the market offering five species of penguin.

Pebble Island in the Falkland’s archipelago is a 22 mile-long windswept wilderness on the edge of the earth. Characterised by pebble beaches, the island is a wildlife haven with 42 species of bird, sea lions, whales, and the aforementioned penguins calling it home.

The island, which is the 5th largest in the archipelago, has recently come up for sale. With a varied landscape and the longest white-sand beach in the Falklands, Pebble island is described as “heaven” by Sam Harris, the great-great grandson of John Markham Dean who purchased the island in 1869 from the British Government.

However, the island is also home to a thriving sheep farm which boasts over 6,000 sheep and exports plenty of wool to the UK. For some, this ‘heaven’ may be more of a headache when the ownership of the farm is taken into account.

John Markham Dean only paid £400 in 1859 and actually bought a number of other islands in the archipelago at the same time. Over time though, these islands have been sold off with only Pebble island remaining. Nowadays Mr Harris’s mother, Claire, looks after the island and the cottages from her home in the UK. Pebble island though has become too much to manage for the family and the difficult, heart-wrenching decision to sell was finally made this year. 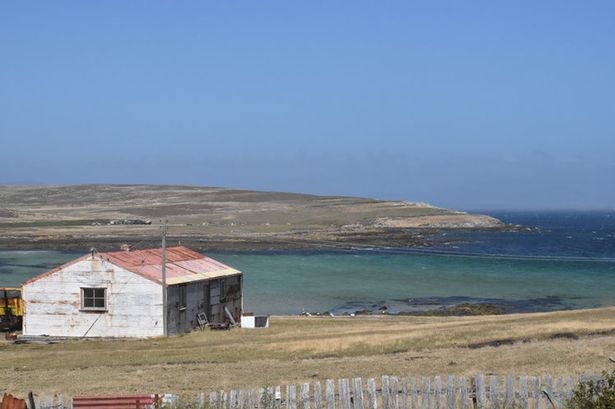 So how do you value an island that has tens of thousands of penguins, a mini mountain range, and several white-sand beaches? If it sounds impossible, that’s because it is.

"People have been waiting for Pebble Island to come up for sale for many years. It’s really impossible to know how much the island will sell for as it’s the first time it’s come up for sale in 150 years next year, so we have no idea.” Said Claire, speaking to her local paper in Wales.

One thing is guaranteed, if a foreign person wishes to buy Pebble Island, they will need to obtain a licence from the Falkland Islands Government to 'make sure they are suitable and their intentions are suitable.’

Although the family would consider a foreign buyer, the idea of a local Falkland Islander taken over the island is far more appealing.

The island is actually an International Bird and Biodiversity Area (IBA) and protecting the natural environment is very important to both the family, and the Falkland Government. Tens of thousands of penguins call the island home, as do albatross and black-necked swans.

For history lovers, Pebble Island is also significant as it is the site of the first land-based action of the 1982 Falklands War. During the dead of night, 45 SAS operatives came ashore and disabled 11 Argentine aircrafts on the island's runway. A memorial was erected on the island to mark the occasion.

There is also a second memorial which commemorates the sinking of the HMS Coventry on the 25th May 1982, by the Argentine Air Force A-4 Skyhawks which killed 19 sailors.

If you’re looking for the quiet life and don’t mind sheep, or modern luxuries for that matter, this may just be the perfect opportunity for you.

Travelling Solo To Antarctica: What To Expect

What's It Like To Eat In The Coldest Place On Earth?