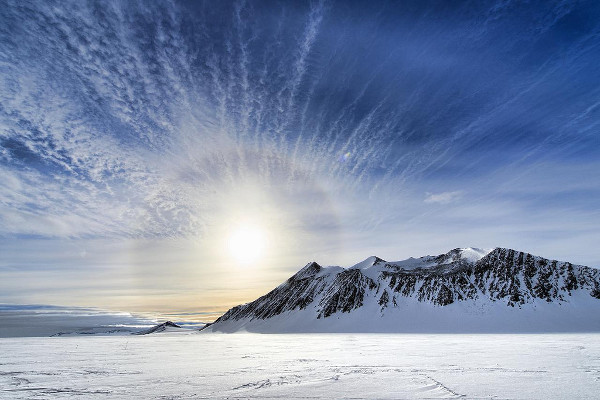 Cosmic rays in Antarctica have scientists baffled. Although the phenomenon has been known since 2006, recent findings are shedding more light on these rays that seem to break all the rules of physics that govern our understanding of the universe.

In 2006, the Antarctic Impulsive Transient Antenna (ANITA) conducted a balloon study to record cosmic rays showering down on Antarctica from space. However, during this study one of these rays was recorded surging upwards from the ground. The ballon also recorded this phenomenon again in 2014.

Whilst this fact may not seem like much, according to the laws of physics that govern our understanding of earth and the solar system around it, cosmic rays should not be able to pass through earth.

Made up of high-energy protons and atomic nuclei, cosmic rays actually have a fairly large cross section, making them completely susceptible to matter. In other words, because of there size, solid objects will stops the rays dead in their path. Neutrinos on the other hand are so small that trillions of them can pass through our bodies every second without the slightest issue. However, the particles detected by the balloon were not that of neutrinos. They were indeed cosmic rays. Cosmic rays come from highly concentrated areas of energy such as black holes and supernovas, so for one to emerge upwards from earth means that it must have passed through our entire planet. This fact has baffled scientists for many years now. 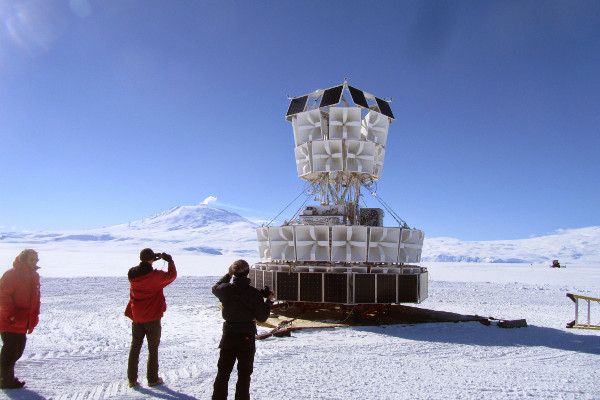 Now, in 2018, scientists in the Arctic have revisited this issue in a project called IceCube. The experiment uses a particle detector buried deep in the ice and has, so far, detected three more of these elusive cosmic rays emerging upwards from the ice. According to research, this is another sign of 'exotic physics' or, as scientists call it "physics beyond the Standard Model."

Famous examples of physics beyond the Standard Model (SM) include antimatter, dark matter, and dark energy. The latter two make up 95.4% of the universe. Frustratingly, scientists and researchers can still not prove this shadowy realm of exotic physics and the laws that govern it. This is a shadowy realm of physics where the standard models do not apply.

Whilst the Large Hadron Collider (LHC) discovered the Higgs boson in 2012, finally proving what particle gives matter its mass, the Higgs boson falls very far short of explaining exotic physics. Seyda Ipek, a particle physicist at UC Irvine, states that "Even though the SM works very well in explaining a plethora of phenomena, it still has many handicaps,...For example, it cannot account for the existence of dark matter". Mauricio Bustamante from the Niels Bohr Institute at the University of Copenhagen says "It was clear from the start that if the ANITA anomalous events are due to particles that had propagated through thousands of kilometers of Earth, then those particles were very likely not SM particles".

Last month physicist Derek Fox and his team from the Pennsylvania State University released a paper proposing a new theory for the strange particles detected by IceCube and ANITA. Mr Fox and his team believe that the cosmic rays could be signs of supersymmetric particles. The idea of supersymmetric particles is a hypothesis put forward by some physicists in attempt to explain the mysteries unsolved. It essentially proposes that every particle we know actually has SUSY particles within them (also known as 'sparticles'). Could this be the answer to the strange cosmic rays? Could they be evidence of a new particle?

The idea of 'sparticles' was put forward years ago, but without any evidence to prove it, soon was forgotten. Talking about their recent study, Mr Fox said “From my perspective, I go trawling around trying to discover new things about the universe, I come upon some really bizarre phenomenon, and then with my colleagues, we do a little literature search to see if anybody has ever thought that this might happen.

“And then if we find papers in the literature, including one from 14 years ago that predict something just like this phenomenon, then that gets really high weight from me."

All scientists are in agreement that further testing and study needs to be conducted in order to verify Fox;s theory of supersymmetry. "For us to be certain that these events are not due to unknown unknowns — say, unmapped properties of the Antarctic ice — we would like other instruments to also detect these sort of events," says Bustamante.

What's It Like To Eat In The Coldest Place On Earth?

Climate Change In Antarctica: Should We Be Worried?