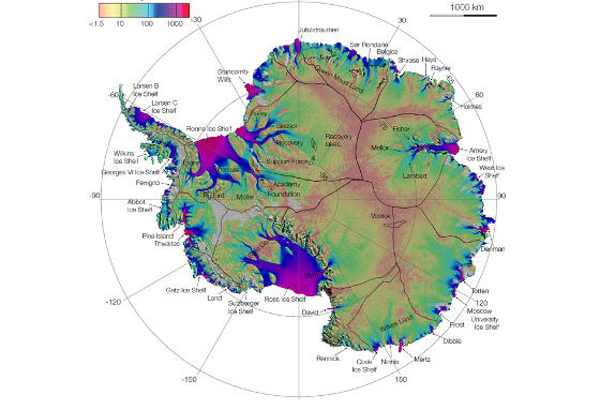 Climate Change In Antarctica: Should We Be Worried?

For years, climate change in Antarctica was used as an example to contradict popular global warming theories.

Many thought that if the world was truly heating up, both poles would see a decrease in ice and an increase in sea levels. And yet ice levels in Antarctica didn’t change dramatically.

While it’s true that observable changes to ice levels in Antarctica aren’t as noticeable as they are in the Arctic, the fact is that Antarctic ice is melting- although at a much slower pace.

The earth is steadily warming. Whether this is a by-product of human activity or a natural phenomenon, the data all points to one thing: by 2100 the average global temperature will be 5.8 degrees warmer than today.

What does this mean for Antarctica?

How Climate Change is Shaping Antarctica

Weighing more than a trillion tons and covering an area of about 20,000 square miles, the Larsen C ice shelf on Antarctica’s west coast separated from the continent on July 12, 2017. It’s one of the largest icebergs ever recorded.

According to climatologists stationed on Antarctica, Larsen C is considered a natural event and isn’t being linked to human-induced climate change.

But for some climatologists and glaciologists, the loss of Larsen C is a blaring siren that temperatures in the region are rising unabated.

Even if Larsen C isn’t related to global warming, many worry about the future of the drifting ice shelf and what it means for the region.

When Larsen B collapsed in 2002, the ice quickly disintegrated into the ocean in just over a month. According to the journal Science, melting ice shelves on Antarctica’s west coast could potentially raise the sea level by 10-feet, posing a significant problem for future generations.

Beyond major ice reduction, a recent study in the journal Current Biology found that moss has been steadily covering large swaths of the Antarctic Peninsula for the last 50 years.

Using 150 years’ worth of data, researchers say this clearly shows climate change is an influential agent on Antarctica’s topography.

Events like Larsen C are shown around the world as evidence of a global crisis in the making, but the effects of climate change can be felt closer to home.

Warming ocean temperatures are damaging precious marine ecosystems, such as the widespread bleaching and disintegration of coral in Australia’s Great Barrier Reef.

Sea levels are already on the rise, growing at a rate of about 0.13 inches per year.

Snow cover is melting earlier than previous records, and glaciers around the world are retreating faster than researchers have ever seen before.

Of the 150 glaciers that have been monitored in Glacier National Park since the 1800’s, only 37 remain, with 25 considered active.

The Future of Antarctica

What’s in store for Antarctica’s future? 2017 is set to be the hottest year on Earth in recorded history, and Antarctic sea ice is close to a record low.

Although the signs of climate change in Antarctica aren’t as pronounced as they are in the Arctic and elsewhere, Antarctica is displaying concerning symptoms of an environment and ecosystem that’s gradually becoming unstable.

Ongoing scientific research helps us to better understand the impacts of climate change in Antarctica and what we can all do to make a difference.

Below is a short video by National Geographic that depicts some of the changes happening around the Antarctic Peninsula.