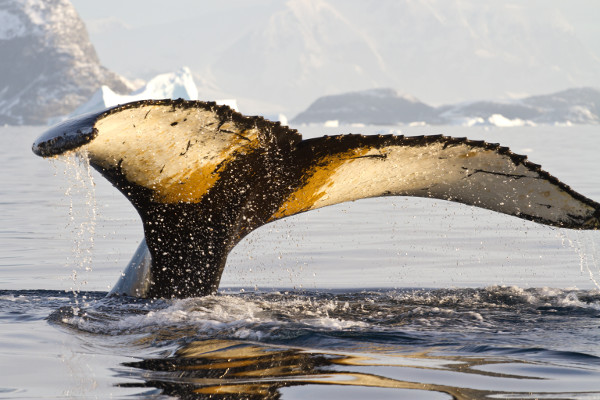 World’s Largest Marine Reserve in Antarctica is now a Reality

The world’s largest marine reserve in Antarctica is now a reality thanks to a landmark agreement.

The European Union and 24 countries unanimously agreed to protect a massive 617,000 square miles of water in the Ross Sea.

The agreement was reached a fortnight ago in Hobart, Australia, at the Commission for the Conservation of Antarctica Marine Living Resources.

The pristine waters of Antarctica are set to officially become a protected zone, where commercial fishing and mineral extraction will be banned for the next 35 years. Seventy percent of the area will be a fully safeguarded “no-take” zone, which means a total prohibition will be in force for all fishing.

The rest of the area will be designated research zones, where limited amounts of fish and krill can be caught. In what has been applauded as a “major step in marine conservation”, the protection of the Ross Sea and its inhabitants will come into force on 1st December 2017.

Hailed by many scientists as the “last ocean”, the Ross Sea lays claim to being one of the final remaining stretches of sea untouched by humans.

Home to over 10,000 species, the region supports one-third of the world’s Adelie penguin population, one-third of all Antarctic petrels, one-quarter of all emperor penguins and over half of all South Pacific Weddell seals.

It hasn’t all been smooth sailing for Antarctica, the proposal initiated by the United States and New Zealand in 2012, has faced significant resistance from China, Ukraine and Russia over concerns surrounding the future of their fishing industries.

The deal that has been rejected five times before Fridays agreement finally became a reality after Russia, the last country holding out, dropped its objections.

According to The Telegraph, New Zealand’s foreign minister, Murray McCully, said the objections were dropped by Russia after concessions were made involving the boundaries of the reserve and an increased fishing quota outside the no-take zone.

The agreement marks a significant breakthrough between nations and demonstrates that progress can be made in the face of adversity, with tension the highest it has been in decades between Russia and the West.

Head of the Russian Delegate, Dmitry Kremenyuk, stated that while there are still concerns, the participants are all striving to cooperate and able to come together to agree on the conservation of the Ross Sea.

The deal was a compromise, as the original proposal by the United States and New Zealand was to protect the area for 50 years.

Looking to the future

Protection of the Ross Sea not only allows a safe refuge for the diverse range of marine life, but it also helps scientists to develop a greater understanding of ecological and environmental changes, particularly in the area of climate.

While the agreement marks a historic milestone and significant breakthrough in the protection of global marine diversity, conservationists have expressed their concern over the longevity of the deal and criticised putting a time limit on marine preservation.

Amid the challenges of climate change and overfishing, many believe the reserve should be protected permanently to ensure marine life is preserved.

If you have any further questions or queries regarding this article then please get in contact or leave a comment below.

Thank you and happy travels.

Interview with an expert - Andy Rouse